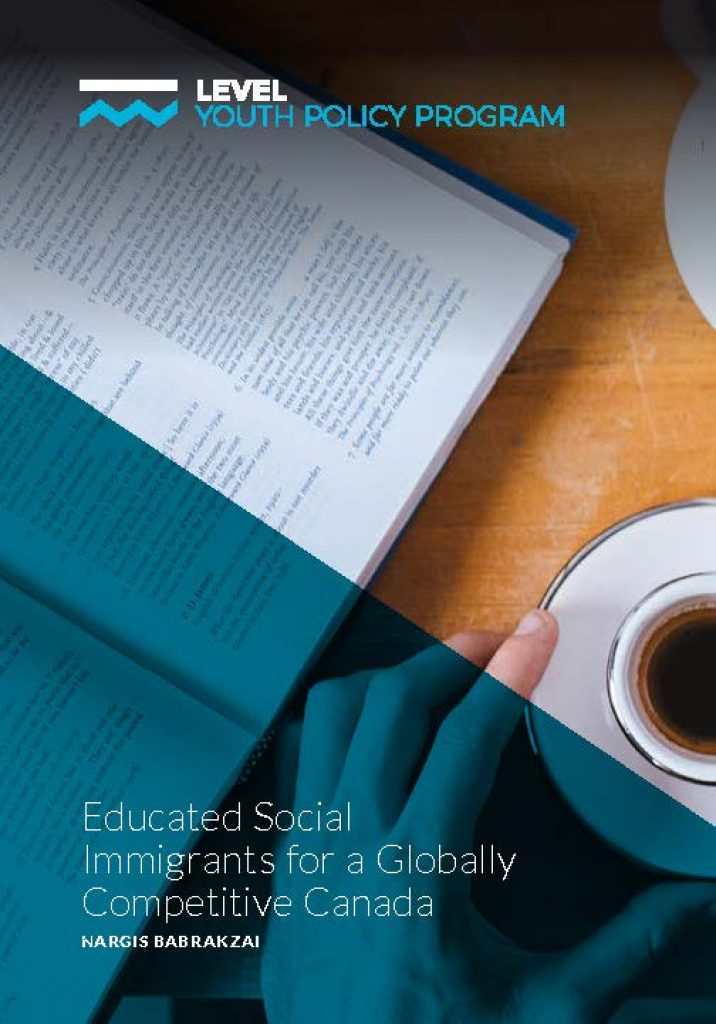 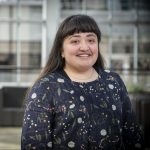 Nargis Babrakzai is currently studying at Kwantlen Polytechnic University. She came to Canada as an immigrant in 2015. Since then, she has volunteered in different programs and organizations. Recently she has been working as the Surrey Refugee Youth Team Co-chair. She would like to continue working in roles to serve community. Her aim is to be one of many newcomer youth voices at government level.

Canada has an ambitious three-year plan to bring 1.3 million immigrants to the country between 2018 and 2021. Today, more than 40% of Canadian population is either a first- or secondgeneration immigrant. This speaks volumes about Canada’s reliance on immigration. The main driver of this immigration plan is lack of population growth. For a country to sustain itself and survive, it must grow its population. Current reproductive rate of the country is at 1.6 children per woman (1. statcan.gc.ca). For the country to sustain its current population, it must have a reproductive growth rate of two children per woman. And if the country wants to grow its population, it must have a reproductive rate above two children per woman. This challenge is not unique to Canada it is a common problem facing developed nations. Underdeveloped nations on the other hand are known for high-reproductive rates. Canada is a great candidate for immigration as it has one of the lowest-population densities in the world, it’s the second largest country in the world after Russia, but with population of only 37 million people. Bringing more people is easy, however standards must be applied to ensure competitiveness of human resources. With a composition of people from more than 200 countries, Canada has the potential to ensure long term economic and global competitiveness. This policy brief examines opportunities to better utilize immigrant human resources to ensure Canada grows its population and maintains competitiveness.

This policy brief shows that alleviating challenges facing social immigrants can unlock an immense human potential, which would otherwise be lost. It also explores the current challenges. In case of immigrant dependency on welfare, their children’s chance of education attainment decreases significantly. When parents of social immigrants are not economically active and educated in the host country, it has long-lasting effect on the future economic activity of their children. Immigrants often are from the middle- to upper-class of their society. However, when they come to Canada, unless they are skilled immigrants, they face tremendous challenges and end up entering lower socioeconomic levels of society. This experience of change in class is a shock and disappointment to many. Immigrants are often risk-takers, innovative, and leave home in hopes of giving their children a better future. What they don’t know is that the host country might have the opportunities but substantial barriers will prevent the family from achieving their goals. We will look at opportunities to significantly reduce those barriers.

Being a first generation immigrant myself, I can attest to the challenges of integration. The recommendations here are a combination of my observations of other immigrants and research conducted. To give immigrants the best chance at a life in Canada, and to give Canada the competitive edge it requires to succeed in future, it is best to invest in undergraduate education of social immigrants. This equips them in the best way possible. Four years of a Western-style undergraduate degree trains the mind to think critically, and to make the most out of the knowledge of home country and host country. Other forms of training and education, including a Masters degree, while useful, does not have the depth and strength to transform life of an individual. The four years of education allows enough time to explore self, Canada, history of Canada, the world, and to put everything in perspective. Because of the profound experience of immigration, an immigrant is ready to absorb information at the early stages of arrival. This would be an ideal time to offer them incentives and scholarships to enroll in an undergraduate degree. That is despite having a degree from home country, which is often not enough due to often limited and different style of education. Additionally, for the individuals working in the more-globalized world of tomorrow, information from both home and host country is essential. Therefore the previous degree is a plus, but a Canadian degree is essential as well. Canada needs smart immigration with the most impactful experience for the immigrant. When they are empowered and transformed, their product is a strong economy, innovative nation, and increased global trade.

Nargis Babrakzai is currently studying at Kwantlen Polytechnic University. She came to Canada as an immigrant in 2015. Since then, she has volunteered in different programs and organizations. Recently she has been working as the Surrey Refugee Youth Team Co-chair. She would like to continue working in roles to serve community. Her aim is to be one of many newcomer youth voices at government level.