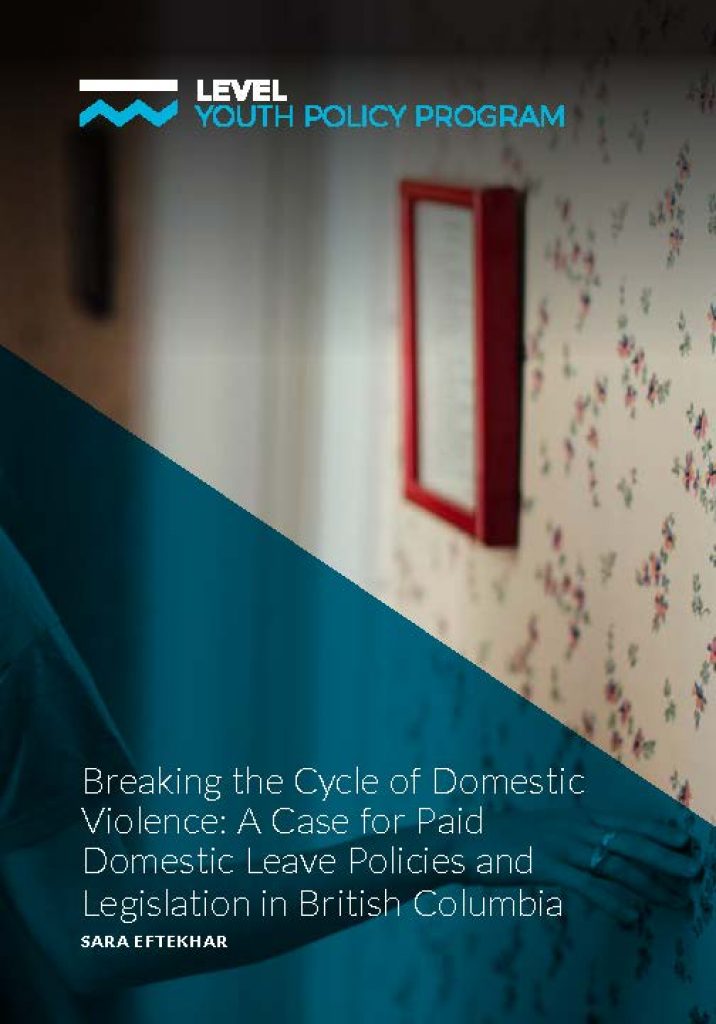 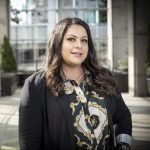 Sara Eftekhar is a nurse, youth leader and advocate and has experiences working with refugees in Egypt, Indigenous communities and marginalized youth.  She has been working with the federal government on creating Canada’s first ever youth policies. She holds a MA in Peace and Development as a Rotary Peace Scholar and has been awarded the YWCA Young Woman of Distinction Award, RBC’s Top 25 Immigrants of Canada Award and the Queen Elizabeth Diamond Jubilee Medal.

According to the Canadian Women’s Foundation, every six days a Canadian woman dies after facing violence by an intimate partner. Domestic violence is a socially complex issue that impacts individuals, families, and communities. Domestic violence is a violation of human rights and a significant problem in British Columbia (BC). According to Statistics Canada, over half of women in BC have experienced physical or sexual violence since the age of 16, and make up more than two-thirds of domestic violence victims in Canada. Therefore, domestic violence is a public health issue since it impacts a shockingly large portion of the population and has profound influence on the health and well-being of victims and their families.

My clients’ experiences demonstrate that domestic violence is more than a personal issue; it extends beyond the home and into the workplace. In fact, a Canadian analysis estimates that every year, employers lose $77.9 million as a direct result of domestic violence. Women’s career development is also impacted as domestic violence influences work attendance and performance.

One of the main barriers for women attempting to leave an abusive relationship is taking the time out of their current jobs to access resources. In fact, half of these victims end up losing a job because of the impact of domestic violence on their work and personal life. Too often, I meet women who want to find alternative housing, access health care, make a police report, or make an appointment with an organization but these support systems are not available after business hours. These women also fear accessing resources after work hours due to the ongoing abuse and threats. Moreover, women fear losing their jobs when disclosing violence, or they may face financial barriers when taking the necessary time off work and it has been well documented in studies that financial barriers can trap victims in abusive situations. Therefore, new research is beginning to shed light on the importance of the workplace in empowering women to support themselves and become survivors instead of victims.

Addressing domestic violence as an employment issue provides a more holistic response to supporting victims and eradicating the cycle of violence for families. Domestic violence legislation and policies in the workplace are important parts of promoting equality for women. Research indicates that one of the most effective interventions by employers is paid domestic leave, where victims of domestic violence are entitled to some paid leave time by their employers to leave their domestic situation. Currently in Canada, BC is one of the only provinces where paid domestic leave is non-existent. In fact, Manitoba, Ontario, New Brunswick, Saskatchewan, Prince Edward Island, Quebec, Nova Scotia, Newfoundland, and Labrador all have legislative policies that allow victims of domestic violence paid time off.

Ontario, for example, provides five days of paid leave and five days of unpaid leave to survivors. This paid time off is meant to support victims to leave their abusive partner by accessing community resources, making appointments, seeking safety, dealing with the police, seeking legal advice, and getting medical attention.

Momentum for paid leave for survivors is continuing to build across Canada and some progress has already been made. In 2017, Bill M 235 – 2017, which would propose providing leave for BC victims of domestic or sexual violence passed its first reading, however, it needs to be reintroduced to push it forward. Simultaneously, private employers and institutions can adapt policies to offer paid domestic leave to their employers.

This is way overdue in BC, as paid domestic leave can save lives. It is time for our provincial government to enact policies that provide support for victims of domestic violence by ensuring victims have paid leave.

Sara Eftekhar is a nurse, youth leader and advocate and has experiences working with refugees in Egypt, Indigenous communities and marginalized youth.  She has been working with the federal government on creating Canada’s first ever youth policies. She holds a MA in Peace and Development as a Rotary Peace Scholar and has been awarded the YWCA Young Woman of Distinction Award, RBC’s Top 25 Immigrants of Canada Award and the Queen Elizabeth Diamond Jubilee Medal.