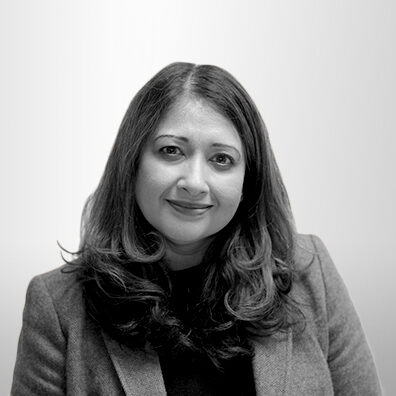 Raj brings more than 20 years of experience as a senior advisor to leaders, legislators, political parties and campaigns. She has been at the center of major policy debates and issues management that has shaped British Columbia and party politics alike. Respected for her strategic process and communications savvy, Raj shares her expertise and insights into campaigns, legislating, governing and governance. She is currently Vice-President of a Public Affairs and Government Relations firm and has appeared as a weekly political commentator on the CBC News Network.
Raj has also recently served as the Executive Director of the BC NDP. She was a key architect of the 2017 and 2020 BC NDP election campaigns and served on Premier John Horgan’s Transition Teams for both of those election cycles. As the Executive Director, Raj is credited with building a modern and professional political organization that set the stage for the BC NDP’s recent wins. Before taking the helm of the BC NDP, Raj worked closely with Premier Horgan as Deputy in his leadership campaign, followed by two years as the Deputy Director/Field Director of the BC NDP.

Raj has served as a top advisor to several elected leaders, including as the Director of Outreach for the Legislative Assembly of British Columbia, where she led stakeholder relations for Carole James, Leader of the Official Opposition. Prior to that, she served in central campaign roles in five BC election campaigns, and nationally with federal NDP leader Jack Layton. She also served as senior political advisor to former Finance Minister and Deputy Premier Joy MacPhail, as well as in senior political staff roles in Municipal Affairs, Labour and Education.

As the BC NDP’s Field Director, she led two by-election wins, including electing Melanie Mark, the first, First Nations women MLA in BC history. As Executive Director, she helped elect the first majority-women government caucus in Canadian history. She has also served on the board of the non-partisan Canadian Women Voters Congress and chaired the Women’s Campaign School, bringing together organizers and elected women from all political parties to encourage and train women to run for office as well as staffing political campaigns.

Born in Kamloops BC, Raj holds a BA from the University of British Columbia (UBC). She is an enthusiastic four-season wilderness camper, happy to arrive by snowshoe or paddle, and calls Vancouver home.